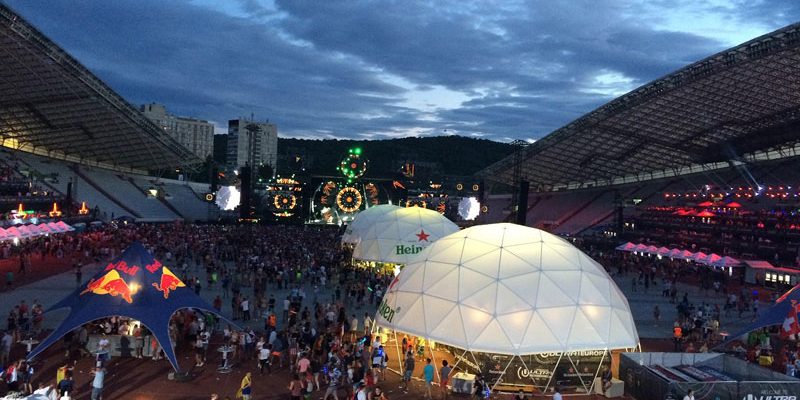 University College Aspira had the great honour to host Luka Jureško and Nail Hasanović, communications director and financial controller of the Ultra Europe Festival, respectively. They acquainted us with the complexity of organising such a large event, as well as their need to hire an assistant from Split, hoping to find one in the ranks of Aspira. What makes “our” Ultra special is that it received the Destination award due to its exceptional performance, resulting from the fact that Ultra is situated in Split, a beautiful and ancient destination. The festival is also special for lasting 7 days on 5 different locations.

Concerning marketing activities being undertaken, a lot is being invested in creating the communication message, the use of social networks, sponsorships and sales. The effects of their daily year-round efforts are highly visible. Their YouTube video alone has over 1.5 million views. Security threats are the biggest problem for them, as they are aware of the current threat of terrorism and they attach great importance to the security aspect. They have therefore hired the head of the Miami police force to advise them in setting high security standards. They are also cooperating with local and national security authorities.

Festival costs amount to HRK 60 million, out of which the Ministry of Tourism contributes only HRK 600 000, that is 1% of the budget, which is below all criteria. Unlike the Ministry, they are very pleased with their cooperation with the City of Split and the Split-Dalmatia County, which recognised the importance of the Festival for the whole county and whose support for the Festival increases each year. They therefore hope that Ultra will continue to stay in Split. They are also very pleased with the cooperation with Split Airport, seeing as 50 private jets carrying festivalgoers landed last year. This requires significant extra coordination of flights, which they managed to achieve without problems. They also touched upon the requirements of famous DJs, who are sometimes very demanding which in turn makes the organisation and meeting all of their demands more complex.

It is also important to note that this, the second-largest Ultra Festival in the world, is made special by the destination and the fact that it is in the zero-rate, green security category, meaning that up to now they had less than 1% of minor injuries and no serious injuries whatsoever during the Festival.

What does the average Ultra Europe festivalgoer look like? They are between 20 and 35 years of age and the EUR 200 ticket price does not present a problem for them. The fact that the festival was visited by people from 141 countries last year is proof enough that there are many such people.

They announced that they are expecting numerous sport and music stars as this year’s guests. Who will be visiting the craziest festival in Croatia? It will be best if you saw for yourself.