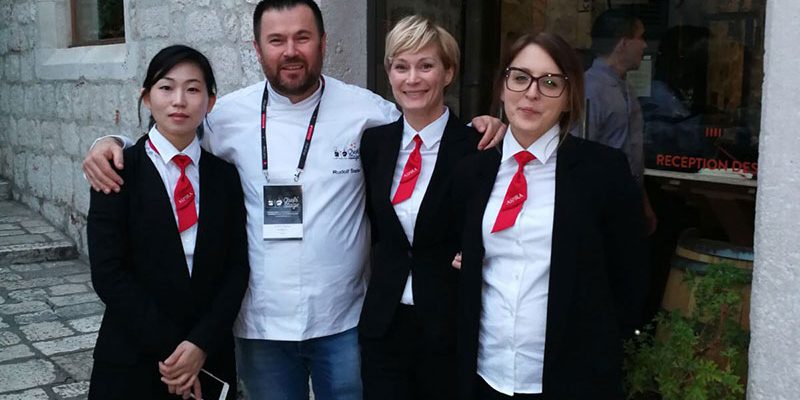 The conference was initiated by gastronomy enthusiast and chef at Šibenik’s Pelegrini restaurant, Rudolf Rudolf Štefan, reporter Hrvoje Petrić and project manager Lucija Bilandžić. The two-day conference was a sequence of interesting panel discussions, masterclasses and gala dinners at a dozen attractive locations. Krka National Park, Bibich Winery, Pelegrini restaurant and the Barone and St Michael fortresses are some of the featured sites. The conference was held in order to draw attention to Croatian and regional cuisine, its promotion in a global context and the education of a new generation of chefs, waiters and restaurant managers. During the gala opening, the organizers drew attention to the combination of the traditional and the modern, using local ingredients, is the only way to forge an identity on the international fine dining scene.

Gastronomy students took part in the preparation and serving of food together with Croatian and internationa chefs David Skoko, Rudolf Štefan, Priska Thuring, Hrvoje Kroflin and Maksut Askar of Turkey. Participation in such an important international event was priceless for the burgeoning careers of Aspira students. Rudolf Štefan, one of the conference organizers, was happy to be asked about their enthusiasm and commitment. He considers these events essential for networking with business representatives and learning that hard work leads to success.

On that thought, Aspira University College tries to enable hands-on learning in order to perfect their culinary and managerial abilities, in order to become the driving force of change on the fine dining scene.