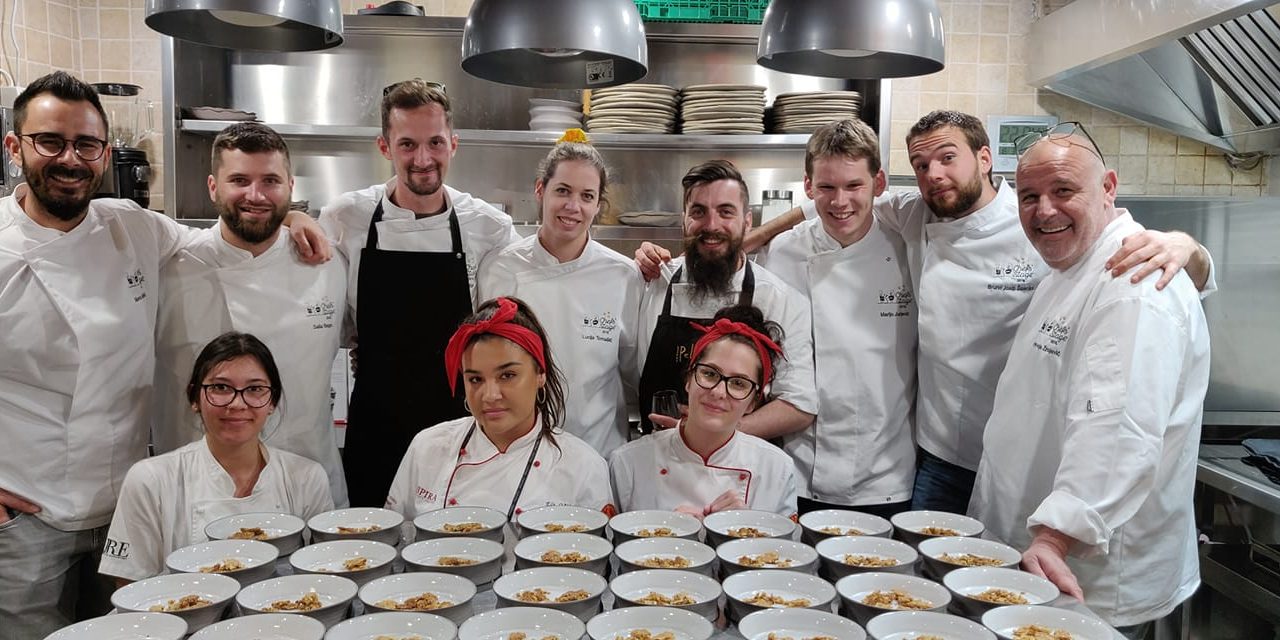 For the second year in a row students of Gastronomy were part of the international congress of gastronomy and catering of Chef’s Stage in Šibenik. The Congress was held on March 18 and 19 at numerous attractive locations in Šibenik and its surroundings, and the opening ceremony was held on the Baron Fortress. The congress was attended by 33 international, 50 Croatian chefs and professionals and over 600 fans of good food and drinks.

As part of the opening ceremony for the participants of the conference, a traditional “Marendin” was organized by famous Croatian chefs – lamb stew, veal beans, octopus stew, sardines, minced meat cabbage leaves “Sinjski arambašići” and many other interesting dishes.

One of the biggest stars of this year’s congress was Elena Arzak. She is one of the most famous chefs and a long-time patron of the restaurant “Arzak”, which has 3 Michelin stars since 1989. An interesting fact is that Elena Arzak was a mentor at the congressman, Chef Rudolf Štefan. “Food is an important factor in itself, but in a gastronomy it is a universal rule – if the product is not good enough, nobody will buy it anymore. Quality food takes work , it is a process that never ends because even food becomes boring. Also, besides innovativeness, the quality of the ingredients is crucial, and Croatia definitely has the quality ingredients at every turn, “said Elena Arzak. The congress program consisted of a series of panel discussions, masterclassses with well-known chefs outdoors and a gala dinner at attractive locations. This year, new locations have been added, such as the Croatian National Theater Šibenik,  St. Krševan Gallery and restaurant Pelegrini. Aspira students have had the opportunity to participate in culinary workshops with well-known chefs, as well as to taste many interesting recipes. All in all, this was an extremely valuable experience for all true hedonists.