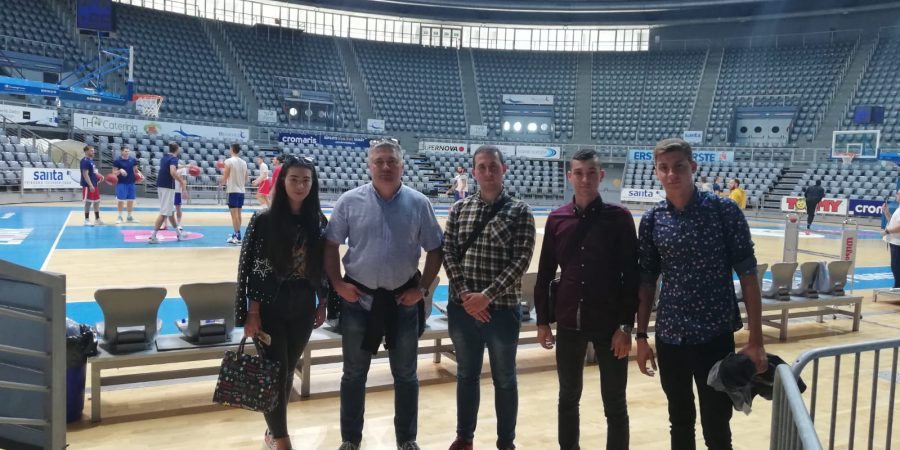 The 4th Congress of Sports Tourism was held at the Press Center of the Krešimir Ćosić Hall on Višnjik in Zadar, on October 10th and 11th, 2019. As part of the fieldtrip, Aspira’s students had the opportunity to attend this event and hear interesting experiences from professionals.

The Congress brought together a number of tourism leaders significant for the development of tourism in Zadar County, the City of Zadar and beyond, distinguished tourism professionals, directors and managers of hotel corporations and sports objects. Mr. Željko Žilavec, Director of Basketball Club Zadar, spoke about Zadar as a city of basketball, the history of this legendary club and the numerous successes of its players. Mr. Denis Karlović, Director of Sports Center Višnjik, outlined the importance of the Center and future plans for its development.

Mr. Tonči Jerak, representing the Center for Body Exercise and Student Sports, spoke about the organization and implementation of student sports competitions and presented the Sports Academic Federation of the University of Zadar. Mrs. Mia Peric, speaking on behalf ot the Faculty of Kinesiology in Split, spoke about tourists’ interest in sports activities during their vacation. Possibilities in strategic planning of sports tourism were presented by Mr. Pavao Parunov and Mr. Paulo Sarić in front of the Zadar County Development Agency ZADRA NOVA. Mr. Adrijan Marusić, Sports Manager of Falkensteiner Hotels and Residences Punta Skala and Mr. Zlatko Parać, Director of the Zadar Half Triathlon by Falkensteiner Hotels and Residences, Punta Skala highlighted a number of novelties in the sports tourism offer. Sport Croatia, the national news service of the Croatian Olympic Committee, was introduced by Mr. Željko Erceg, Vice President of the Sports Croatia Association.

These are just some of the many experts who spoke about the development of sports tourism and other current topics.